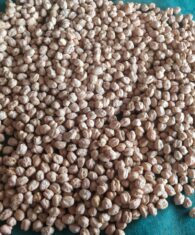 When Lock down was announced in India- New crop of Kabuli chick Peas just started, and Harvest was about to End ,we shared series of report, on Indian Kabuli Chick Peas giving insight of market , and we hope it was beneficial .

Since lock down was opened in India, it’s know almost 60 days, and things are getting normal, Courier services have resumed , port operations had eased out, Process houses & labours had started working as per routine , with increased Safety precautions,

Business is now done with extreme care , and long thought, rather than any one getting cargo with easy payment terms . basically it has led to a Filtration Process, where the best is only able to survive.

Argentina don’t have stocks of the old crop, due to coronavirus majority stocks had been sold to the neighbouring countries and their traditional buyers Pakistan had already imported more than 45000 tons of Argentina chickpeas in this financial year, Chile was second largest importer to them. due to covid food emergency programme , which also surprised everyone,

New crop planting in Argentina is almost down by 50%, as the return on investment on Chick peas was not so favourable in last couple of years Similar situation is in Turkey with the new crop will start in coming 20 days

Canada and USA already have reported a significant short crop

Traditionally India imports more than 175 thousand tons of small Kabuli type chickpeas from countries like Turkey Ukraine Russia Argentina and USA. which India had not imported from last 7 months

An ongoing investigation against few of major exporters who had misused the import window for evading import duty and re exporting the processed chick peas , as per government regulation. The import duty is between 34% to 74% depending various origins of Kabuli Chick Peas which had being evaded .

These had resulted , almost acute shortage of small size chickpeas at all like 6mm 7mm or 8mm, for consumption in domestic market

Due to long coronavirus virus lockdown in India majority of small size chickpeas are already been consumed, Entire Supply chain from whole sellers to small retailers , all are having limited stock and now due to shortage Indian Domestic retailers and wholesalers are forced to trade big size chickpeas with the count of 50-52.

India’s major consuming period of any kind of pulses- spices- and other product had resumed, which will continue till end of January,

Our 70% of the demand period is between these 6 months, India’s new crop of Kabuli Chick Peas will only be harvested in February – March 2021 , so we have a very long time to catch for India’s and World Kabuli Chick Peas demand

You have money – you should invest in chickpeas – it will get a very good return .