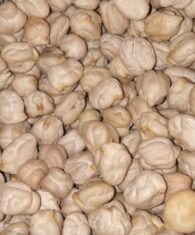 As the coronavirus disease (COVID-19) crisis takes over the world, we are continuously witnessing the changes in the markets, as well as the purchase behaviors of the consumers globally.

Few of the pioneer institute in the world portrait the message through webinars and various presentations that chickpea’s market will be exceptionally unpredictable and the prices will go exuberantly high, because of less stock worldwide and reduction in the plantation for the year 19-20, yet we are today in end of the season  January 2021, where the new crop of significant countries are in the post-harvest mode, and still, we discover that markets are practically steady, however, nation like Mexico accepted this as an opportunity they were very successful in offloading their stock, since Indian exporters and merchants of chickpeas, arrived in a bullish mode after the report from these pioneer establishments, this is the third year in the line, where the Mexican suppliers, exporters, and traders bluffed Indian traders and exporters, they seized this opportunity and were able to sell their cargo to the predominate and conventional destination like Algeria  and turkey.

However Indian exporters have started engaging in 0% Foreign material quality Produce of chickpeas, so in the long run changes would come, traders who ship manipulative quality from India, are now getting out of market and buyers are also not in favor of these manipulative traders, hence level playing field Is being developed.

Now the million-dollar question is, what is the position of Indian’s last year crop,

For now, it seems like carryover cargo will remain with an estimate of 50,000-75,000MT including in Cold rooms and Warehouses, which is of mix quality and is in strong hands, those cargo which are in cold room might be utilized till the time new crop is not available for shipment.  These carry over us almost half of the carry over which we had during last crop harvest.

Majority of the left over cargo will be utilized after June 2021, when weevils will start in Indian crop, as it can only be used to mix with new crop.

Estimates for new crop of purely Judgmental, as there is no scientific studies to determine the crop size, basis on experience and various field surveys we feel that chickpeas new crop is likely to be near by almost like last crop. Which is 4 hundred thousand MT

Ramadan is also in the first week of April, so there is a doubt that new crop of India would come upon on shelf before Ramadan starts, however for nearby destination there are chances that cargo would reach on time, we feel like overall market should be stable but starting of new crop it will be high, and later it would get stable,

Few points must take into consideration are as follows:

Due to delay in custom clearance, it is talking lot of time, throughout in the world, Majority of worlds transshipment ports are heavily congested, and no one knows what will happen, in coming months.

Freight had being increased almost 3 times, the freight for Algeria which was somewhere 900-950$is now 2400$, Likewise Egypt’s freight which was near to 675-700$ has now risen to 1500 $, same is the situation worldwide Srilanka’s freight which was approximately 175-200 $is now at 700- 750 USD. This is having the effect on price and profitability matrix.

It is heard that currency has got devaluated in some major consuming centers like Iraq, Turkey and Srilanka . Imports has now become expensive and volatile, Srilankan Government is facing, historical foreign exchange shortage, In Algeria inflight & out flights are still restricted also, marriages and schools and other public places are not open yet completely. 3rd wave of Pandemic had hit Europe badly, all these things would affect consumption on a negative side.and capacity of buyers are restricted, Now trade is purely on basis of demand & supply, on a conservative approach.

On a positive side, In world’s largest chickpeas consuming nation India  Situations are much better, so one can expect an increase in the consumption also, school, marriages, hotels public places are mostly permitted to open,

year by year domestic consumption of chickpeas has been increasing, last year import was less complementing that import duty is also high on chickpeas it is approximately 40%, which restricted import, We feel like in new year, consumption in domestic sector would rise and overcome the shortfall of the export.

Mexico would face effect of Worldwide container’s shortage, Mexico’s  new crop offers are somewhere around 1120$ march-April shipment, and old crop is trading at 1120$ approx. January- February shipment, in both the circumstances nearby GCC, middle east, Srilanka and nearby European Countries, where transit Time is 15-20 days would prefer Indian sub-continent for the procurement.

Overall now it’s all depend on the timing & flow of the new crop, if the initial flow is good then, we can see good business overall,and favorable Prices  as everyone prefers stable market to perform, and make money, if the flow of new crop in India is little delayed, then demand for RAMDAN festivals may create some Pressure on Prices for a period of a month or so. Important factor will be logistics situations worldwide also.

We wish you prosperous new trading session, stay safe from speculative trading execute deals with established individuals who deliver quality product, who stand still with you in any case of mis happening,