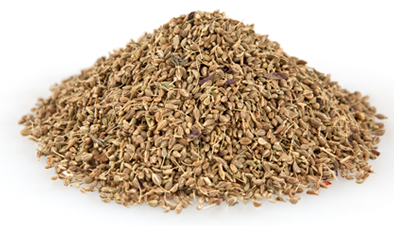 It is a native of East Mediterranean Region. It is widely cultivated in Bulgaria, Cyprus, France, Germany, Italy, Mexico, South America, Syria, Turkey, Spain, UK and USSR. In India, it is grown to a small extent as a culinary herb or as a garden plant. The major products are anis oil and oleoresin anis

Aniseeds is a ground grey to greyish brown in colour ,3 to 5 mm in length , oval in shape with short stalk attached.

It has a characteristic odour and pleasant aromatic taste